Home / News / Licencing round on the Norwegian Continental Shelf 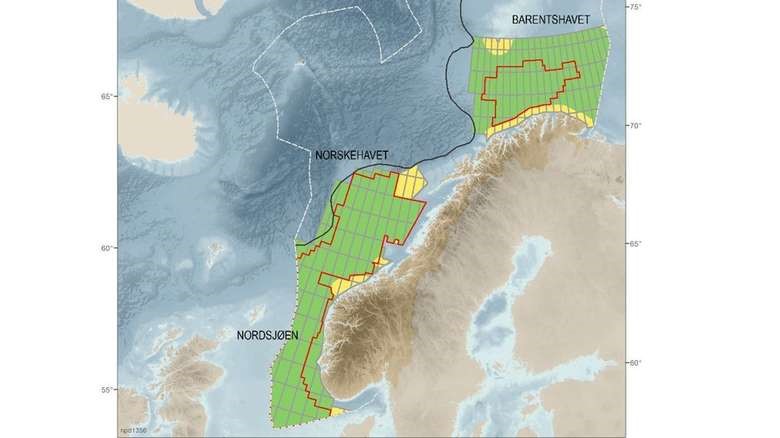 Seven companies have applied for production licenses in the 25th licensing round on the Norwegian shelf. The deadline for applications was 23 February.

A total of 136 blocks or parts of blocks were announced in this licensing round. Of these, eleven are in the Norwegian Sea and 125 in the Barents Sea.
“In this round, the announced blocks are mostly in frontier areas. We see that large and medium-sized companies with good technical and financial capacity to conduct exploration in such areas have applied”, says Torgeir Stordal, director of technology and coexistence in the NPD.

Seven companies have applied for production licences, either alone or in groups:

Now begins the work of evaluating the applications. Companies that are awarded licences must have technical expertise and a solid understanding of the geology. Emphasis will also be placed on financial strength and experience.

This is outlined in the announcement letter. The announced blocks have been mapped by the Norwegian Petroleum Directorate to ensure a good evaluation process. The Ministry of Petroleum and Energy aims to award new production licences in the 25th licensing round before the summer of 2018.

—
Source: Norwegian Petroleum Directorate | This text was excerpted from the media outlet cited on February 25, 2021 and is provided to Noia members for information purposes only. Any opinion expressed therein is neither attributable to nor endorsed by Noia.