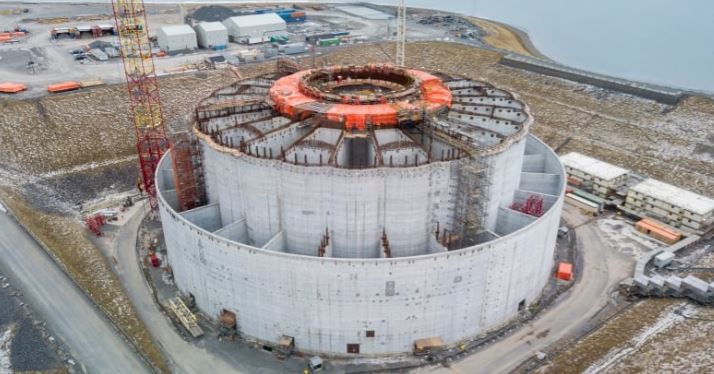 Another shock wave has hit the Newfoundland and Labrador oil industry, with Husky Energy announcing Wednesday that it will carry out a review of the massive White Rose extension project, which was suspended in March due to the COVID-19 pandemic.

The decision throws a major project in the province’s offshore industry into limbo, as it involves thousands of construction, production and supply jobs, as well as billions of dollars in revenue for the provincial government.

In addition, the Calgary-based oil major, which operates the White Rose oilfield in offshore Newfoundland, will also review “future operations” in Atlantic Canada.

“A full review of scope, schedule and cost of this project is critical, given the minimum one-year delay to first oil caused by COVID-19, and our priority of maintaining the strength of our balance sheet with ample liquidity,” Husky CEO Rob Peabody said in a news release Wednesday morning.

“Unfortunately, the delay caused by COVID-19 and continued market uncertainty leaves us no choice but to undertake a full review of the project and, by extension, our future operations in Atlantic Canada.”

It’s a further blow to an industry that forms the backbone of the province’s fragile economy and has already endured repeated setbacks, including several thousand job losses, since the COVID-19 pandemic upended the worldwide economy earlier this year.

Husky’s decision comes amid a campaign by business, labour and other groups to persuade the federal government to do something to shore up the oil industry. Indeed, Husky’s own announcement was issued with comment from outside groups, indicating that its communications plan included co-ordinating with others.

“We are at the table with the province right now, hammering out the concrete steps needed to support the offshore [oil industry],” O’Regan stated.

“Workers and their families are at the centre of all our discussions. Our government has worked every day with the province, industry, unions and investors to sustain the competitiveness of Newfoundland and Labrador’s offshore.”

Husky and its partners sanctioned the project three years ago at a cost of $2.2 billion. But construction came to a halt and hundreds of workers were sent home in March because of public health concerns, a crash in oil prices driven by a collapse in the demand for transportation fuels and a production war between Russia and Saudi Arabia.

A massive concrete gravity structure was 60 per cent complete at a special graving dock in Argentia, and a smaller module was also under construction at the Cow Head fabrication yard in Marystown.

The main topside module was being built by Kiewit in Texas.

“This is a very difficult decision for us,” said Husky’s Peabody. “We know thousands of Canadian families depend economically on these well-paid construction, contract and operational jobs, and that these are not easily replaced.”

Peabody said Husky has discussed the project’s challenges and risks with the provincial and federal governments, and the company has proposed “ideas designed to protect jobs and the economic benefits the project will deliver.”

He said the project’s longer-term fundamentals remain attractive, given lower incremental costs per barrel and expected lower emissions intensity of the oil produced.

“However, sustaining project costs through a long delay in a negative economic environment is not an option,” Peabody said. “We need to find a solution now.”

‘We are a place rich in resource’

Husky is the operator of the White Rose field and satellite extensions, which are located in the Jeanne d’Arc Basin, about 350 kilometres off the coast of Newfoundland and Labrador.

The Husky statement also included comments from Canadian labour and business leaders, who continued the call for Ottawa to make public investments in the oil industry.

“We support government investment to move this project forward, putting thousands of unionized, skilled trades people back to work immediately and ensuring decades of ongoing maintenance work on the project,” Hassan Yussuff, president of the Canadian Labour Congress, said in the statement.

“Our province, region and country depend on the oil and gas industry. Newfoundland and Labrador has proven we are a place rich in resource, expertise and ability to deliver. It only makes sense for our federal government to support our industry,” said St. John’s Board of Trade chief executive officer Ann Marie Boudreau.

Meanwhile, oil industry supporters are planning a rally at Confederation Building in St. John’s on Sept. 16.

Source: CBC | This text was excerpted from the media outlet cited on September 9, 2020 and is provided to Noia members for information purposes only. Any opinion expressed therein is neither attributable to nor endorsed by Noia.